Breaking Bad statues in Albuquerque, bronze for Eisenberg and Pinkman

Eisenberg and Pinkman, the "heroes" of the Breaking Bad series, are immortalized in bronze statue form in their hometown of Albuquerque, New Mexico.

Funny idea to honor two scoundrels -manufacturers and traffickers of drugs- in the form of statues, as fictitious as they are… 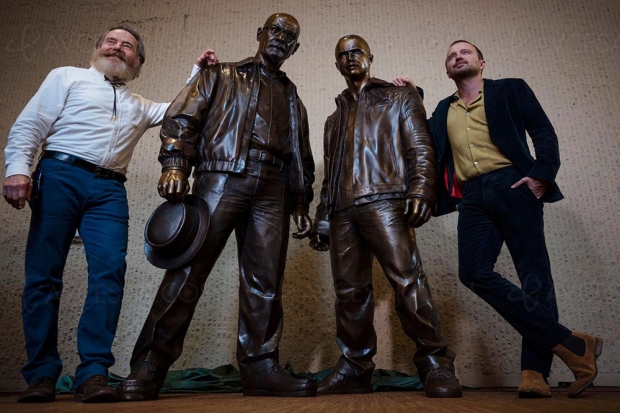 But now it's done. Walter White -alias Eisenberg- and Jesse Pinkman are now entitled to their statue in the Convention Center in the city of Albuquerque. More than a shameless criminality, this monument does more honor to the cult series Breaking Bad which -among other feats- put Albuquerque on the front of the stage. 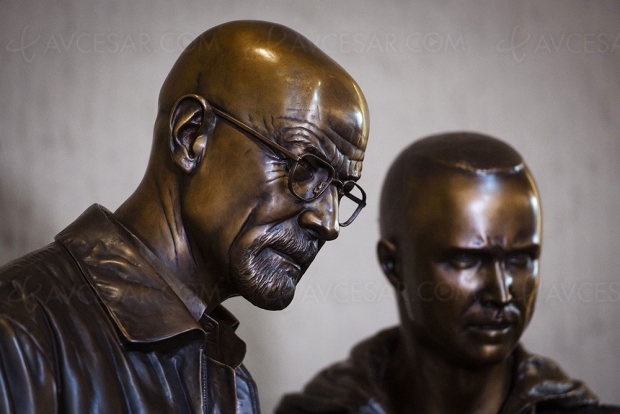 The actors themselves -Bryan Cranston and Aaron Paul- were present at the inauguration of the statue (see photo below), which was donated to the city by Sony Pictures Television and the creator of the Vince Gilligan series. As a reminder, the prequel series Better Call Saul - just as excellent - is currently broadcasting its very last episodes on Netflix.

Similarly, the statue of Robocop, in the works for the city of Detroit for more than ten years and without a fixed address for a while, should finally be unveiled this summer. 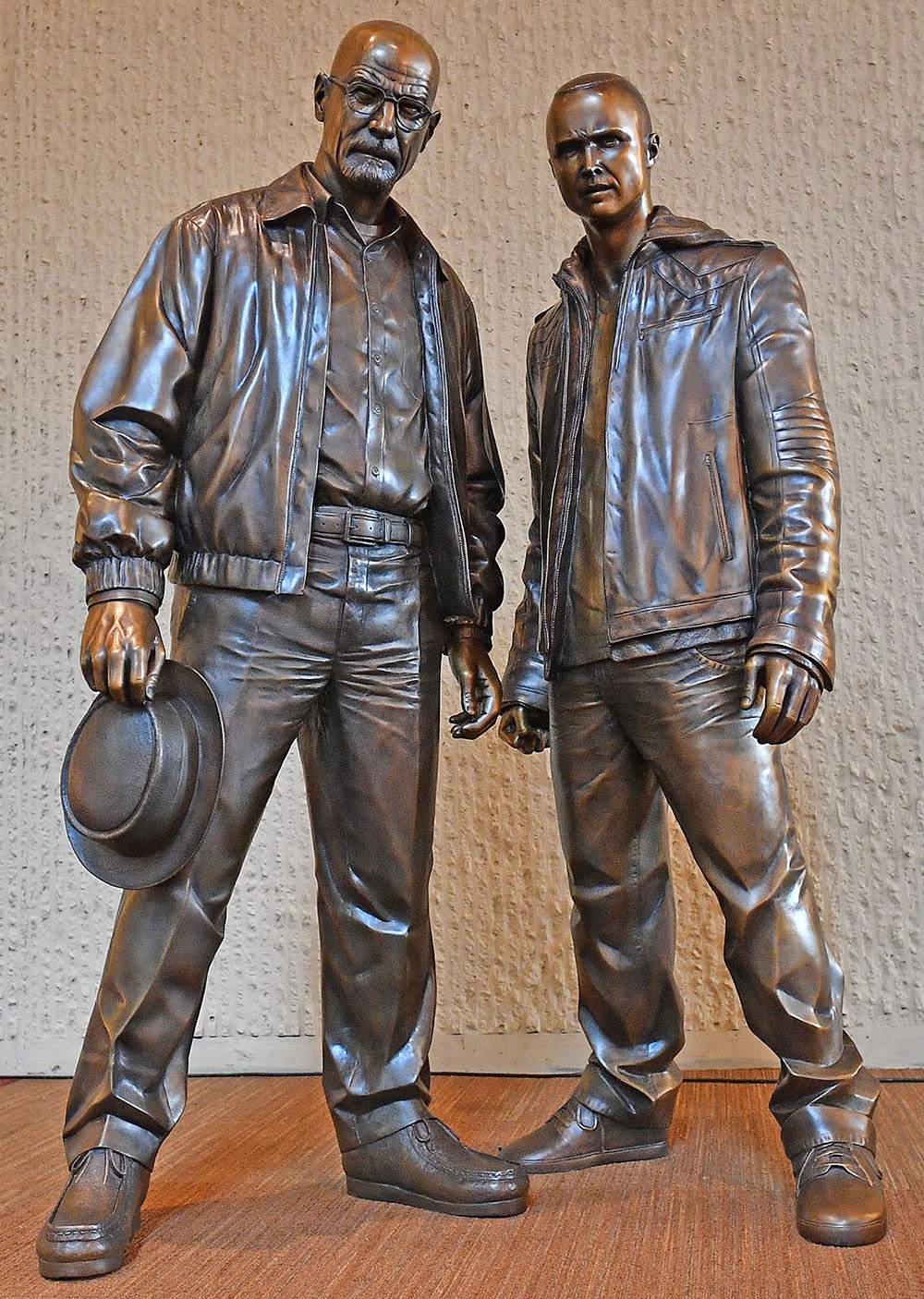