What's the best (and worst) of all Star Wars?

Every fan will have their own answer, but here's the worldwide consensus as to the highest-rated Star Wars movie of all time.

The internet operator U Switch has determined the ranking of films in each of the 20 most profitable licenses of all time by combining the scores of each film aggregated by the largest specialized sites in the genre: IMDb, Rotten Tomatoes and Metacritic. What is the best of all Spider-Man, Lord of the Rings, Harry Potter, James Bond, Batman, Jurassic Park, etc.

To give you a telling and bound to divide opinion example, the highest rated Star Wars of the three main trilogies is the 1977 origin film, A New Hope, with an average of 8.48 out of 10. As for the worst - and here we are sure that everyone will agree - it is the latest film, The Rise of Skywalker, rated with a well-deserved 3.28 out of 10. Regarding the trilogies themselves - same, it is the original that is in first position, while the "prelogy" (Episodes I, II, III) is the least well rated. 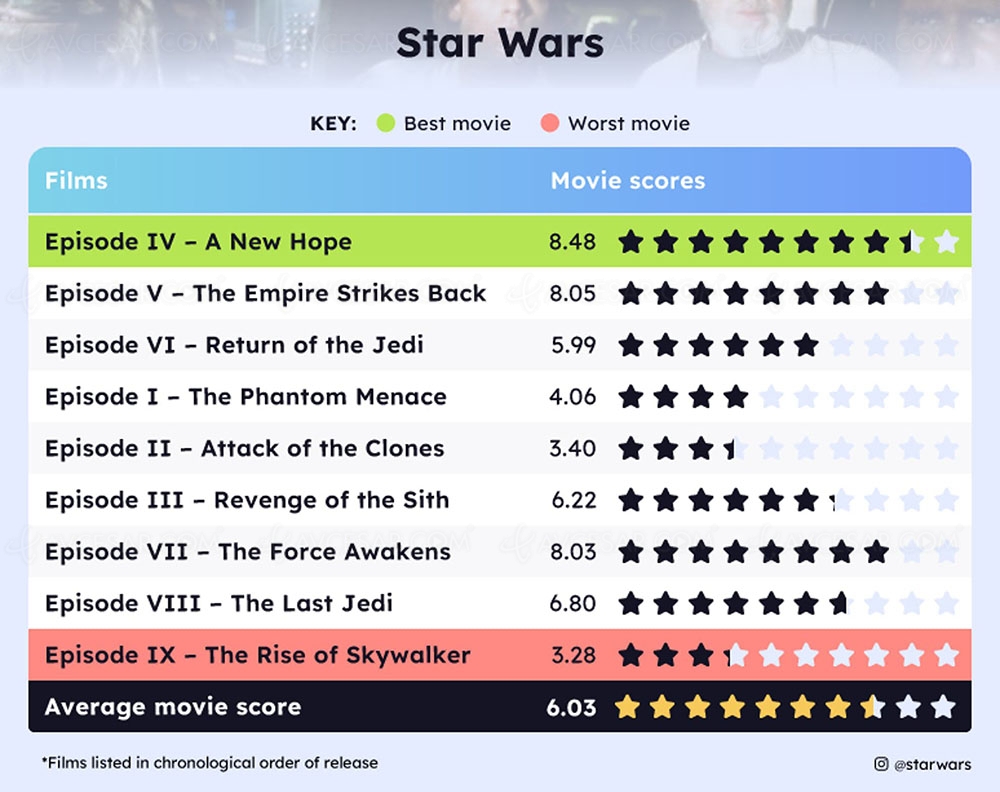