New Netflix site for the weekly Top 10 movies and series

Netflix now provides a weekly ranking of its most popular content.

Until then not very transparent about the audience of its films and series, Netflix is completely changing and is launching a site giving the weekly ranking of the content broadcast on its platform.

Classification according to the number of hours of viewing

The hierarchy is based on the number of hours viewed and the site is updated every Tuesday. You can consult an overall ranking sorted by films or series, as well as a top by country. You can thus find out which are the ten most popular films or series in France. Finally, it should be noted that the number of weeks spent in the Top 10 is displayed for each content. 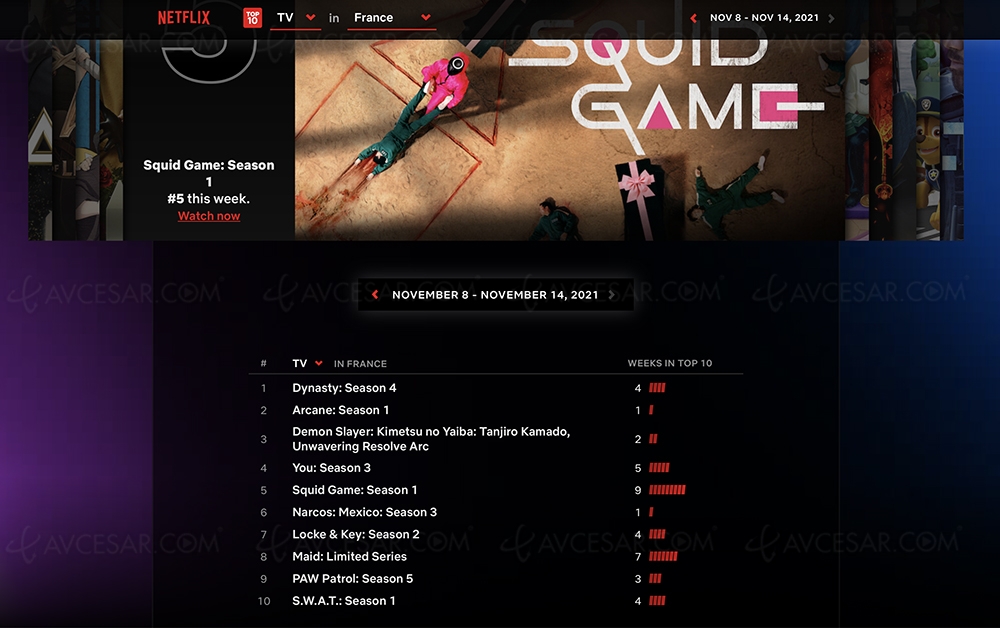