While there is little doubt that Samsung will present its first QD Oled (Quantum Dots Oled) TV series at CES in Las Vegas 2022, another major TV brand should join the party with a suitable series, Sony.

It is during the now traditional Samsung First Look event, as a prelude to the opening of the CES show in Las Vegas, that the first QD Oled TVs from the Korean manufacturer should be unveiled to the world (see our news published in the month of July TV QD Oled Samsung 55 '', 65 '' and 70 '' presented at CES Las Vegas 2022). There is no doubt that this new display technology will be the star of the Samsung booth in early January 2022.

But it could be that the Japanese manufacturer Sony will also reveal its QD Oled televisions at the CES show in Las Vegas 2022 which will open its doors in seven weeks. According to several Korean sites (including ChosenBiz and ITChosun), the Tokyo firm confirmed its orders for QD Oled TV panels in October after having successfully completed its compliance test campaign. The first deliveries of Samsung Display (a screen manufacturing division of Samsung which developed the QD Oled technology which combines blue diodes and Quantum Dots filter) to Sony may even have already taken place, they were indeed scheduled for mid-November.

There is another hypothesis for Sony, to wait for the IFA show in Berlin at the beginning of September 2022 to exhibit its QD Oled TVs, the brand having the habit of presenting each year at the Berlin event an additional range, regularly its Masters Series.

See you in early January, in Las Vegas, to find out. 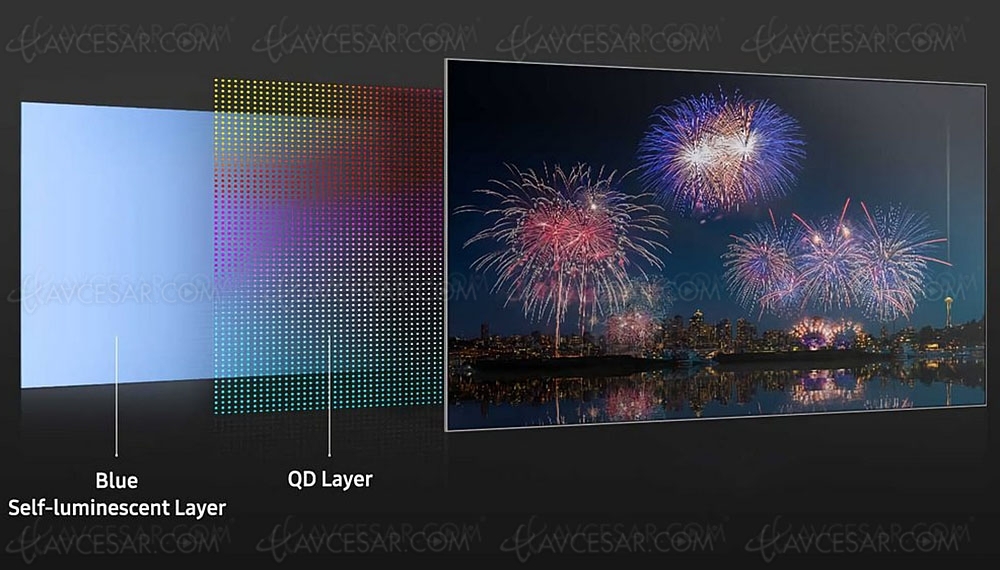