Where do microchips come from?

Evolution of semiconductor supplier countries and regions since the 1990s.

When we think of the origin of electronic components, today it is China that immediately comes to mind. Yet the market of thirty years ago has little to do with today's.

As proof, these data from the Boston Consulting Group and the Semiconductor Industry Association, edited by Statista, retracing the evolution of chip production according to their regions of origin. Thus in 1990, Europe, the United States and Japan dominated the market, together accounting for 97% of the components manufactured in the world.

But at the beginning of the 2000s, South Korea, Taiwan and China arrived in the sector, three countries which have continued to devour market share since then. In 2020, the three leaders of yesteryear saw their production share drop to 36%, and the decline should continue if we are to believe the estimates which see this share drop to 30% in 2030. 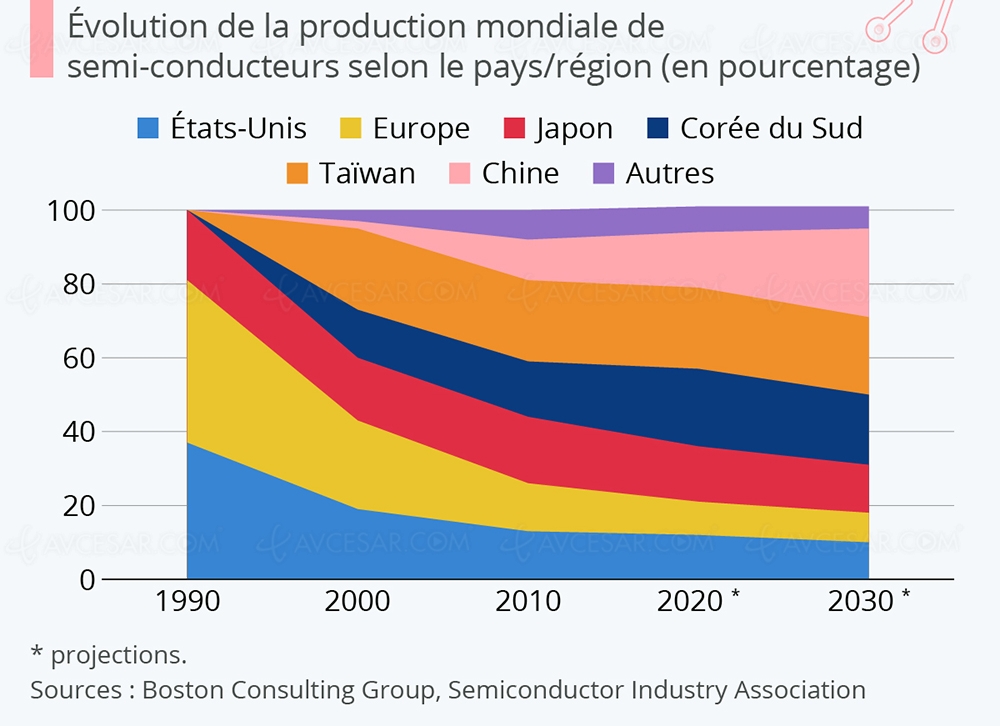